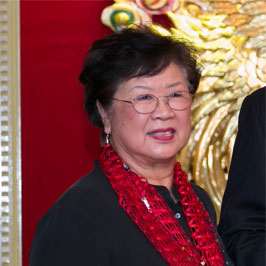 Welcome to the Texas Asian Republican Assembly (TARA) Web site! TARA was formed on May 28, 2013 by a group of concerned Asian Americans who met in Houston, Texas after a meeting with Republican National Committee Chair Reince Priebus.

The concerned citizens realized that Asian Americans have become the fastest growing ethnic group (71 %) in the United States. Recent voting trends also indicated that Asian Americans across the nation are leaning towards the Democratic Party. TARA was formed to reverse this trend and to ensure that Asian Americans understand that our natural cultural values are in line with the Republican ideals: family, education and entrepreneurship (free enterprise). Asian cultural values have also taught us to be economically conservative; to save for the rainy day and to never spend more than you make. This is also in line with the Republican values.

TARA will be forming local clubs in the major cities in Texas. The Texas Asian Republican Club, Houston has been actively operating for some 20 years and TARA, North Texas has formed under the leadership of Tarrant County Commissioner, Andy Nguyen. TARA will be forming clubs in San Antonio, Austin and Bryan/ College Station; all areas with large numbers of Asian American residents. Please let us know if you want to form a club.

TARA became an Auxiliary member of the Republican Party of Texas in October 2013 and participates in the TRP SREC meetings in Austin, Texas. TARA and TARC, Houston have also filed as official state PACs.

TARA invites you to explore our website. We will be asking Asian American elected officials to offer “editorials” for you to enjoy. The website will host a calendar of events for you to join in our activities. And we will post photos of our events throughout the state of Texas and hope that you will contribute your photos and activities.

Best wishes as we continue to help make our great State of Texas even greater and more Red! Please also join us on Facebook.