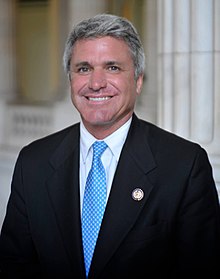 We will have House Congress man Michael McCaul as our guest. He is the incumbent for CD 10, serving parts of Travis county to areas East of Houston.

Since he was elected in 2004, McCaul has a proven conservative voting record and has fought an uphill battle – playing a lead role in reforming Washington. Congressman McCaul has led the charge against earmarks, which was adopted as the official policy of the House of Representatives during the 112th and 113th Congress.

McCaul has stood firm on conservative principles. He voted against the Bailouts, against the Stimulus, against Cap and Trade and against Obamacare. He consistently votes to cut taxes. He supports a Balanced Budget Amendment to the Constitution. He sponsored Ron Paul’s legislation to audit the Federal Reserve and holds a 96% conservative voting record.

In January 2013, Rep. McCaul became Chairman of the House Committee on Homeland Security. The Committee has oversight of the Department of Homeland Security ensuring it is able to carry out its core mission of protecting the American people from terrorist attacks. As Chairman, McCaul has prioritized the threat of international and domestic terrorism, border security, cyber security, airport security and fixing dysfunctional management within DHS.

Prior to Congress, Michael McCaul served as Chief of Counter-Terrorism and National Security in the U.S. Attorney’s office in Texas, and led the Joint Terrorism Task Force. He served as Texas Deputy Attorney General under current U.S. Senator John Cornyn, and served as a federal prosecutor in the Department of Justice’s Public Integrity Section in Washington, D.C.

A fourth generation Texan, Congressman McCaul earned a B.A. in Business and History from Trinity University and holds a J.D. from St. Mary’s University School of Law. He is also a graduate of the Senior Executive Fellows Program of the School of Government, Harvard University.

Congressman McCaul is married to his wife, Linda. They are proud parents of five children: Caroline, Jewell, and the triplets Lauren, Michael and Avery.